The Story So Far

The Story So Far

Mission Statement: An enterprise project designed to promote education, leisure and entertainment to benefit the community.

THE STORY SO FAR

Mission Statement: An enterprise project designed to promote education, leisure and entertainment to benefit the community.
In 2004 an idea was hatched that was to become the Castlemaine Hot Rod Centre.
Prior to that, individual local hot rodders had spent the best part of 25 years building up the hot rodding industry in the Castlemaine area to the point where it had become an important part of the local economy and as such a provider of a significant number of jobs.
Having grown the industry to that point it was becoming evident that some of it would be at risk if those businesses were sold and moved elsewhere. The need to add something to the mix to ensure that this specialty automotive cluster continued to grow and prosper was seen as an emerging problem that needed to be addressed.
This became a topic of discussion at Castlemaine Rod Club meetings where the decision was made to do something about the situation in a positive way. That decision involved a series of meetings to investigate the feasibility of developing a complete resource centre for hot rodding that would reinforce the district’s reputation in the field and the specialty automotive field in general. The first major outcome was that the resource centre project should be an entirely stand alone exercise, divorced from the rod club itself, so that it didn’t spoil the social nature of the club or attach any risk to members who might not want to be involved.
View our presentation
View more presentations or Upload your own.
The local shire was approached for guidance and support that was forthcoming from the mayor down. In fact the mayor of the day, Cr Jim Norris, considered it such a good idea that he called an official meeting to brainstorm the concept and set the process under way. That meeting was held in 2004 and resulted in a steering committee being formed to advance the concept. A group of almost 30 local hot rodders put their hands up to be involved and the Castlemaine Hot Rod Centre project became a reality.
But that was just the beginning. Then followed three and a half years of constant meetings and planning to get the idea into a more concrete form and to establish an overall management company, now known as the Castlemaine Hot Rod Centre Limited – a not for profit company.
Approaches were made to many local and Melbourne based businesses who could help us to fine tune the concept and set it into motion in such a way that nothing was overlooked in establishing the centre. At the same time the steering committee set about looking for a suitable site where the Hot Rod Centre could be physically located.
For several years our Board members and core supporters worked extremely hard promoting our concept and we had had nothing but optimism and encouragement along the way, even astonishment from some. We have worked with many Automotive Industry and Education bodies in promoting what we already have existing here in the Castlemaine region, we hosted appropriate groups here in Castlemaine and their eyes were opened with regard to the amount of “automotive related” industry we have in the local area and the employment it creates. We look forward to their continued support as the project comes to fruition.
We have been working with the local Secondary College and have ongoing arrangements with them for co-learning experiences, including working on a Hot Rod Project and basic vehicle maintenance courses.
We have had continual contact with the Victorian State Government through our local member Maree Edwards and the Mount Alexander Shire Council and with their support and encouragement we have been successful in negotiating a sub-lease on the Trade Building and Former Gymnasium at the Castlemaine Secondary College’s Etty Street Campus, now officially known as Autoplex Castlemaine.
We have been accepted by Vicroads as a “club” for the purposes of handling Club Permits for historic vehicles, even though we aren’t a club as such – the Castlemaine Hot Rod Centre Limited is a not for profit community enterprise style business.
We have been continually growing our membership numbers and encourage anyone who is interested in supporting our aims for the Specialty Automotive Hobby and Industry to become members, and/or support us through the Bendigo Bank Community Enterprise Scheme.
Our Bendigo Bank Community Enterprise has been in place for many years and has been a valuable financial resource for our project. By tagging your account with the Bendigo Bank you can support us without it costing you anything.
For more information on tagging your account or becoming a member, contact us now!

View more presentations or Upload your own.

Make a pledge, become a member or contact us now! 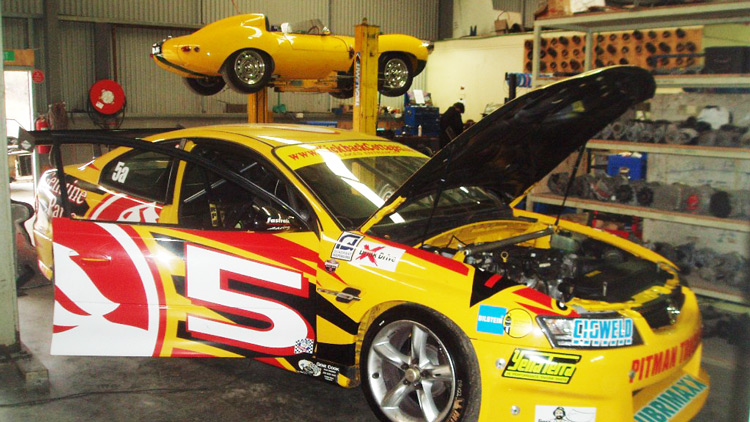